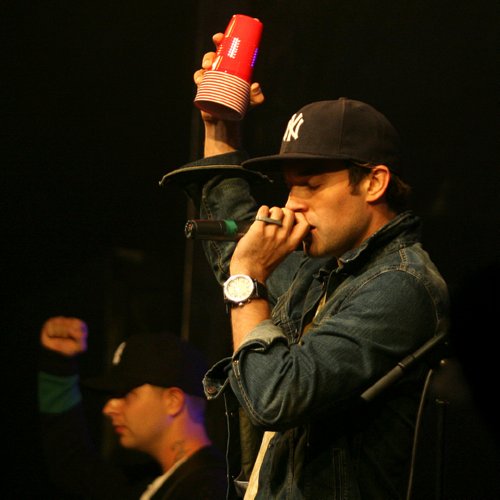 The Canadian version of Linkin Park.  This 7 member rap rock outfit from Toronto signed with Universal Motown record label in 2009 and have since released two albums and been nominated for several Juno and MuchMusic Video Awards.

“Time to Win, Vol 1” was their debut album on the label and it featured three certified platinum singles, “Rich Girl$”, “Whoa Is Me” and “Your Man”.  “Time to Win, Vol 2” is expected to be released sometime in 2011, so that gives fans of the band something to look forward to.

On stage they enter like they have been shot out of a cannon and never really slow down for the whole show.  Fun, loveable, flashy, and obnoxious are words that have been used to describe them live.  They honed their craft by touring on the large Virgin Festival and Warped Tour in 2009.  They have since opened for Timbaland, The Black Eyed Peas and 3OH!3.